The long time tradition of a Bride tossing her bouquet to an awaiting crowd of women is often viewed as a sign of good luck and can cause quite an uproar at any wedding. The woman that catches the bouquet is believed to be the next person to get married.

This seemingly silly tradition stems from medieval Europe where historically the bride’s dress was seen as a sign of good luck and fertility. Many women wishing to get their hands on the bride’s luck actually attempted to tear off pieces of the dress in order to obtain the same luck for themselves. This obviously left the bride tattered and messy. So as a distraction, the bride would often toss her bouquet behind her while running away in order to hopefully ward off the pursuit of greedy women.

Since then, the bridal bouquet has grown and changed into quite an important part of the big day. Just like wedding dresses, most bridal bouquets now are expensive and custom pieces of art. To many brides, the thought of throwing their cherished bouquet to its untimely demise is simply not an option.

Hence the toss bouquet is born!

The toss bouquet serves as the stunt double for the bride’s bouquet. It is usually smaller, lighter, less expensive, and designed just for the task. Often ribbons are included for all to see the bouquet streaming through the air to be caught by a lucky wedding goer. Below you will see two examples of toss bouquets we have done recently that were used to preserve this fun and quirky tradition of tossing the bouquet. 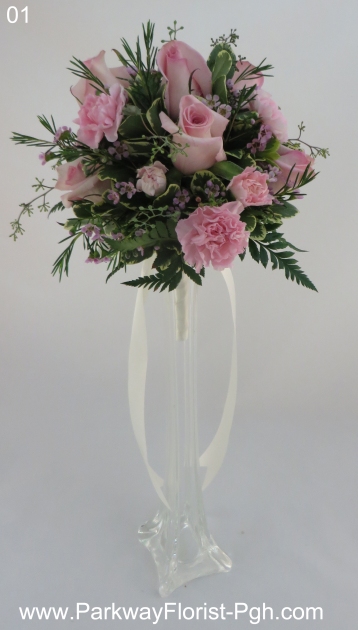 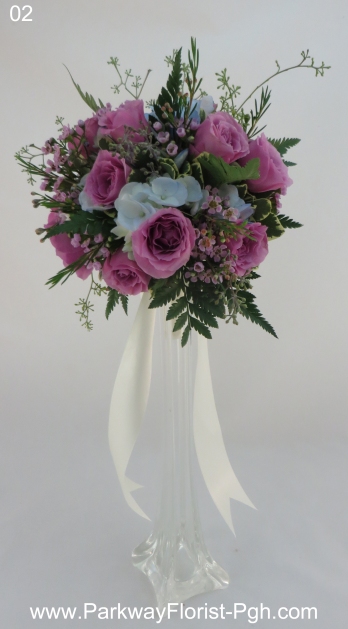